File this story under, “You-Should-Not-Be-Surprised.”

From the very start, it was clear Joe Biden was not picking the best and the brightest for his administration. All up and down the line, we find incompetent hacks who got their jobs because of political connections or obligations. Very few of those running the show appear to have any idea what they are doing.

And that’s especially true for Biden’s VP, Kamala Harris. The woman herself doesn’t seem to possess even a shred of leadership ability. She got the job, many people believe, because she is a woman of color. But since entering office, she has been so unremarkable, it’s almost criminal. When confronted with her general incompetence, she usually just laughs like an awkward teenager.

Now a bombshell report is coming out, revealing her office is in chaos and her staff are being abused.

Vice President Kamala Harris reportedly runs an “abusive office” where morale is low, staff concerns and ideas are ignored, and aides are often surprised with hastily made decisions, like Harris’ recent visit to El Paso, Texas…

The vice president’s plans are often only known to her and a close group of staff and advisers, and senior members of the office often do not communicate important details down the chain, or shift blame when something goes wrong, according to 22 former staff members, administration officials, and associates of the vice president… 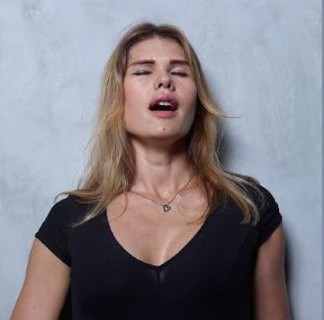 When watching Harris conduct herself in public, this news is not at all a shock. The woman does not seem to have any confidence, insight, or vision. She seems much more concerned with her image, looking good in front of the camera, than making tough decisions. From all appearances, she is little more than a figure for the left, not a true leader.

Why wouldn’t her office be in total disarray?

And it’s hard to doubt this report, when it comes from twenty-two former staffers and officials.

Apparently, the chaos is largely the fault of her chief of staff, Tina Flournoy. This crooked individual controls everything about Harris’s office, even denying the woman access to people who could help her. It is Flournoy who mistreats the staff, ignores concerns, and generally contributes to the chaos.

But that doesn’t take Harris off the hook. Former aides say she is fully aware of the situation, but does nothing about it. That’s probably because she’s more concerned with her next photo-op, than actually being in charge.

When asked about this, one senior adviser insulted the former staff saying, “We are not making rainbows and bunnies all day. What I hear is that people have hard jobs and I’m like ‘welcome to the club.’” So, instead of taking these concerns seriously, she is flippant and rude. Great. I’m sure she’ll have people lining up to work there!

This isn’t the first time this kind of news has come up. Harris’s political campaign for president was apparently just as chaotic. She had to fire her entire staff at one point, after one operations director blasted the organization. She said she had “never seen an organization treat its staff so poorly.”

So, I guess in one way, Harris is pretty consistent!